What is in a name? Taking Your Genealogical Research to a Higher Level 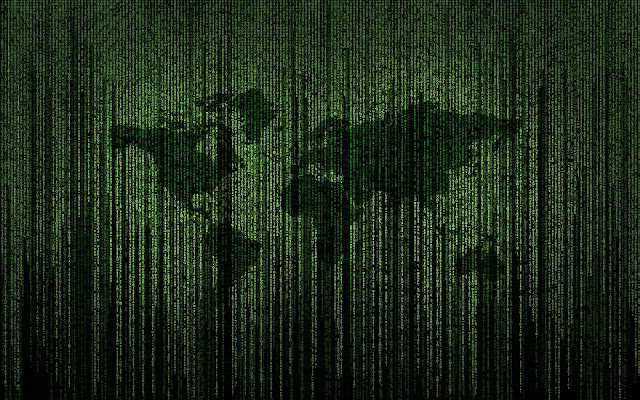 My Great-great-grandfather’s name was David Thomas b. 1820, d. 1888. He was born in Wales. Sometime, probably after he died, he "acquired" a middle name and became "David Nathan Thomas." Here is a photo of his grave marker with his name as "David N. Thomas." However, every record we have found that was made during his lifetime and after, including his probate record, has his name as David Thomas without a middle name. The mysterious Nathan shows up only in the grave marker and in FindAGrave.com and other family records that have copied the Nathan middle name. Efforts to eradicate the middle name have proved fruitless.

For a long time, we searched for his parents in Wales. I assumed that his middle name could have been his mother’s maiden name. When his birth record was finally located, it turned out his mother’s name was Sarah Morris. No one has been able to explain where the name "Nathan" came from. Because of this unsupported addition, years of genealogical research were wasted on looking for someone with that name.

Here is an example of a name entry form on the Ancestry.com website. 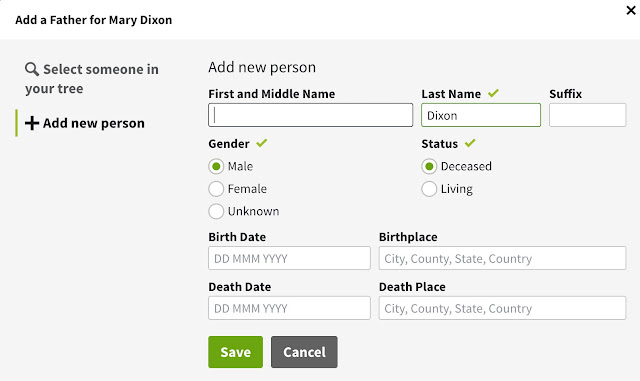 What if the only reason why David Thomas had a middle name was because someone assumed he needed one? When some men entered the United States Army, they were asked for their middle name. If they did not have a middle name, the acronym "NMN" was inserted in their record. This new acronymic middle name shows up from time to time in online family trees as the "middle name" of someone who did not have one.

The RULE is and always should be: Record the name exactly how it appears on the record. But what if the name appears in more than one form? Then record all of the names and use the one on earliest record that appears to be supplied by the person or by someone who should know the person’s name. You should always avoid the urge to add a junior (Jr.) or senior (Sr.) designation if they do not appear in the record. This is the case because these designations do not always refer to a father and son relationship but may merely exist because of two people with the same name in the same place.

Just as a matter of interest, Findmypast.com, the British genealogy website has over 21,000 records with the name "David Thomas" in Wales born about the same time as my relative, and after looking through the entries I was never able to find one with a middle name. How did we end up finding this particular family? We used a combination of looking for patterns with other relatives (cluster research) and finding an exact place to begin looking. Another search on Findmypast.com for my own name, James Tanner, shows almost 50,000 records for people with my name.

You can’t assume that your ancestor had a unique name. We essentially "made up" a compound given name for one of our daughters but a search online indicates that the name, although uncommon, comes from India and other places and is not unique. It is really hard to have a unique name unless you try something long and descriptive.

It is interesting also that a Google Search for the name "David Nathan Thomas" only comes up with only a very few responses. There is a David Nathan Thomas born in Pennsylvania with a son and a grandson with the same name.

In this post, I have primarily focused on English language names. If I were to branch out and start analyzing names as they are used and as they appear in other languages, then entire issue becomes extremely more complicated. I am certain that many of the dead end or brick wall situations encountered by genealogists are based on names that have not be recorded accurately or have been indexed incorrectly. This is not just a simple matter of transcribing names incorrectly or incompletely, it is also a reflection on the basic assumptions we make based on Western European (English) genealogical forms and categories. You can see this in the Ancestry.com form shown above where the instructions ask for a "First and Middle" name and give space for only a "Last Name." In addition, the Ancestry form has omitted a prefix or a title.

I guess once I get started on this topic, I will have to keep going. This could be a pretty good book-length topic.