What I Do Know About Betty?

Those three facts are not the most exciting information but it anchors our ancestors in a specific place and helps us connect them to family. A lot of emphasis is placed on vital records and the census but there are other records that provide a name, date, and place. 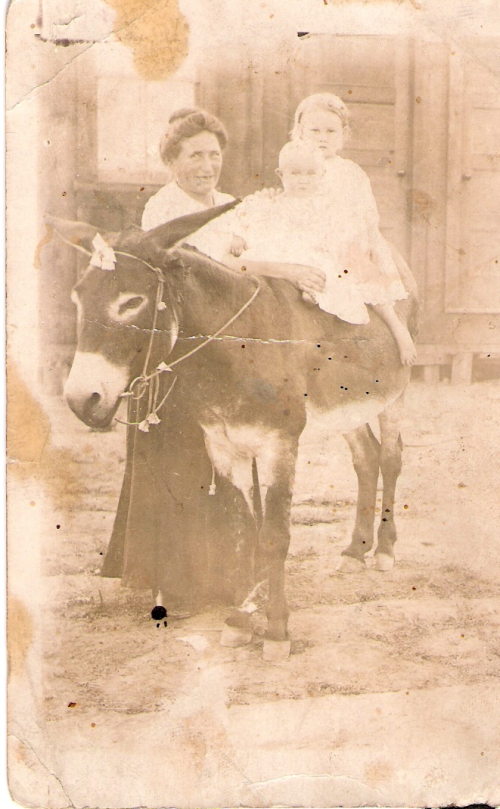 Bertha Chatham with two of her children.
From the collection of Gena Philibert-Ortega

Bertha Jane Tenro Chatham. The mother of one of my paternal great-grandmothers, she came to this country sometime around the late 1870s and found herself in Texas. She married an American man and they had 6 children in Texas before moving to Arizona and then California. Now of course some of the important events in her life happen in between census years which means I have to seek out additional records to place her in a specific time and place.

She’s one of those women in my family tree that I don’t know a lot about which can be frustrating when researching someone who is more recent. I do have cousins who were alive when she was and they have childhood memories of her. But her life prior to her marriage is a mystery (did she live in Berlin, Norway, Denmark or some other place?). And because she was “just a housewife” it seems like most of her life is not well documented.

Having said all of that, I do know one thing about Betty. She believed in women’s right to vote and she claimed that right prior to the passage of the 19th amendment.

Betty lived in three states (Texas, Arizona, and California) and while it’s not clear how long she lived in Arizona or when she exactly came to California I know that her last Texas child was born in 1910, she then gave birth to a child in Arizona in 1911, and her last child, born in California, was in 1915.

Arizona granted women’s suffrage in 1912. It appears that when men of Arizona were voting on this, her husband Joseph Chatham was registered to vote. He appears in the voting records as LJ Chatham a laborer from Texas in Hackberry, Mojave, Arizona, the place where their Arizona daughter was born. Although other Hackberry women are registered as voters in this record, Betty is absent from the voting records. Her husband registers in August 1912, but maybe voting was not on her mind considering she had 7 children in a span of 8 years and had recently moved to a new state. Voting might not have been high on her to-do list.

But at some point, between 1912 and 1915 the family moves to California. In October 1911, women’s suffrage barely passed in California. By 1916 we see Betty on the voter rolls in California, four years before the passage of the 19th amendment. 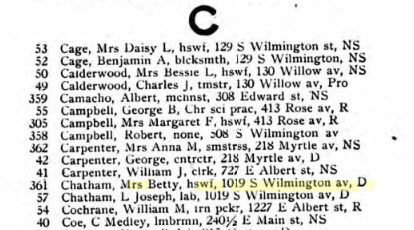 This is huge. Yes, it places her in a specific location and time which is important for genealogical research. But for a woman whose life is documented in records having largely to do with her marriage, her children’s births, and her death this gives us some insight into her beliefs. Anti-Suffrage campaigns painted women who wanted the vote as terrible wives and mothers. They were falsely accused of neglecting their children and husbands because they were too busy with matters that were not women’s concern. Anti-Suffrage campaigns claimed that women didn’t want the right to vote and that their husbands would conduct political matters on their behalf since they had their best interests in mind. Only evil could come out of women voting and besides the fact it made you less of a woman.

I know very little about Betty. What I know comes from the comments of a few cousins and the character of her daughter, my great-grandmother Mary Chatham Philibert who worked all her life, could run circles around anyone even as an “elderly” woman, and was an inspiration to me as I grew up.

I may not know a lot about Betty but the the voting register she appears in tells me something about her life.

Gena Philibert-Ortega is an author, instructor, and researcher. She blogs at Gena’s Genealogy and Food.Family.Ephemera. You can find her presentations on the Legacy Family Tree Webinars website.