One of our genealogists provides tips on researching Ashkenazic Jewish names. Ashkenazic refers to a group of Jewish Europeans who migrated to Eastern Europe around the 12th century. Discover valuable resources and techniques to help you better understand your family’s heritage.

Jewish genealogy can present some unique challenges, particularly when figuring out our ancestors’ names. The following tips and resources can help you navigate the search process more confidently and help you break through some brick walls. 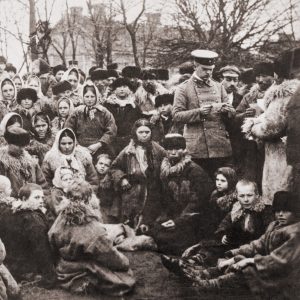 Ashkenazic surnames may not conform to your expectations

For most Ashkenazic Jews, surnames were taken relatively recently, most likely during the eighteenth or nineteenth century. Some exceptions exist, usually tied to religious or social status, but until surnames were required by the Russian or Austro-Hungarian Empires in the eighteenth or nineteenth century, Ashkenazic Jews generally used patronymic forms like Yitzhak ben Abraham (Sephardic Jews adopted surnames earlier).

As best explained by Jeffrey Mark Paull and Jeffrey Brisker in their post at Avotaynu online, surnames were assigned or adopted in a variety of ways. Still, one overarching tendency complicates Jewish genealogical research: “the tendency for the heads of households to adopt unique surnames.” [1] Paull and Brisker explain this situation in great detail and note that this practice makes it more challenging to rely on surnames in traditional and genetic genealogical research.

At the same time, surnames were adopted or assigned in several different ways, sometimes by associations with locations where they lived or with vocation, and sometimes randomly. Thus, while Jewish surnames may provide information about a family’s origins or occupations, given the recency of most Jewish surnames and how they came to be assigned/adopted, a shared surname doesn’t necessarily indicate a familial relationship among bearers of that name.

In some cases, to avoid taxes or restrictions limiting the number of sons in a family who could marry, Eastern European Jews might have religious but not civil marriages, meaning that their children did not always take their father’s surname. In some cases, the father’s surname was adopted after immigration to the United States. Suppose you’ve hit a brick wall searching for a passenger list. In that case, it’s a good idea to request your immigrant ancestors’ immigration and naturalization files from the USCIS (U.S. Citizenship and Immigration Services) Genealogy Program. Those forms—even the simple AR-2 (alien registration) form—can reveal the original surname an immigrant arrived under and other valuable information, including the town of origin.

Finally, because of excessive conscription and limitations on the number of sons who could marry, registration of births was avoided, or in some cases, surnames of sons were changed to hide their identity. This practice is captured in a passage titled “The Wegodner Manuscript” from Sokolievka/Justingrad: A Century of Struggle and Suffering in a Ukrainian Shtetl. In this passage, the author explains how his father – afraid for the safety of his sons – paid many rubles to have them “erased from the register” to keep them from the military draft.

The result of these contingencies is that surnames won’t necessarily reveal the lineages or relationships you might expect them to, and you may find that an ancestor immigrated to the United States under an entirely different name than you expected.

Naming after an ancestor in this context doesn’t necessarily mean that the exact same name is shared, only that the initial letter might be the same. These naming patterns mean that sometimes the likelihood of relationships can be discerned based on birth dates, immigration dates, death dates, and similar names, not only between grandparents and grandchildren, etc., but among cousins who are all named after the same person. In one family, several cousins born around the same time might have names starting with the same letter, and in some cases, this does transcend gender.

As mentioned above, Ashkenazic Jewish men traditionally have two given names, a religious name (traditionally Hebrew but sometimes Yiddish) and a secular name from the country they lived, subject to change upon immigration to a new country. The two names in the pair include a religious name, or shem hakodesh, and a secular name, or kinnui, that would appear on civil documents and reflect assimilation in the country in which the person resided.[3] In some cases, these names may have been related to each other—that is, there may have been an underlying logic linking the two names.

Two excellent resources for learning about these double names and possible associations or relationships between them can be found on JewishGen.org. Warren Blatt’s presentation for the IAJGS (International Association of Jewish Genealogical Societies) conference, available in slide-form at JewishGen, is an excellent primer on Jewish given names and provides a detailed outline of the different ways in which the two names might be associated.[4] JewishGen also offers a helpful resource for research involving such names. The Jewish Given Names Database, for example, helps researchers discover alternative Jewish and vernacular names that could have been used before and after immigration.

You may find that the spelling of surnames changes over time. Standardized spellings are a relatively recent phenomenon, and the spelling of immigrants’ names was subject to change in part because some of them were transliterated from on alphabet to another. Sometimes a change in spelling took place to adapt to the spelling conventions most common in a new home country.

You may also notice that given names of children who immigrated or were direct descendants of immigrants vary across censuses. In this situation, age, familial relationships, and other information can be used to establish likely identities within the family group. If the names present contradictory information, try to find another way to confirm identities.

And of course, you may find that names are transcribed incorrectly in database indexes.

These resources, many of which are mentioned or referred to above, are essential for researching Ashkenazic Jewish names.

One final and important tip when searching for records is to search for variant spellings. It’s always helpful to use wildcards when searching, at the beginning of the name and at the end. And be sure to change the search settings in whatever database you are using as needed to find variants using different algorithms. JewishGen, Ancestry, and other websites offer different options for how a name search is performed. Hopefully, these valuable tips and resources can further your family research and help identify those hard-to-find ancestral names.

Researching your ancestors can be fun, but it can also be difficult and time-consuming. If what you learned here isn’t enough to get you beyond the brick walls in your research, consider hiring one of our experienced and knowledgeable researchers. Contact us today for a free quote!

[1] Jeffrey Mark Paull and Jeffrey Brisker, “The Jewish Surname Process in the Russian Empire and Its Effect on Jewish Genealogy,”

Sokolievka/Justingrad: A Century of Struggle and Suffering in a Ukrainian Shtetl,

https://ift.tt/3gHzjxg. Text originally published in the article “Jewish Given Names in Eastern Europe and the U.S.,”

Heather Dubnick is an editor and researcher with a focus on Jewish genealogy, both Ashkenazi and Sephardic, as well as New England, New York, and Colorado research. She completed the BU Certificate Program in May 2016 and ProGen in November 2017. She has a doctorate in Spanish and a master’s in Library and Information Science.