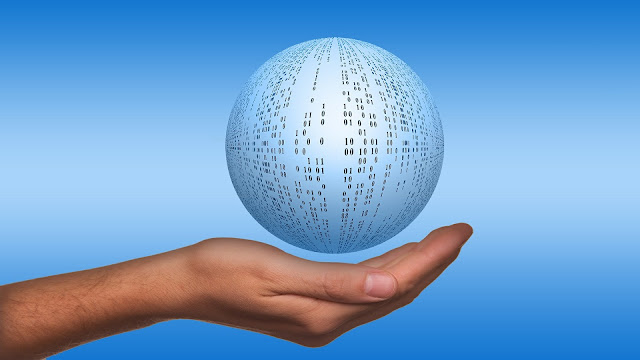 The value of digitizing records cannot be overstated. However, if you do enough genealogical research, you will learn that there are still a huge number of genealogically valuable records that are not yet digitized. One good example of a record repository with huge number of records that are not digitized is the United States National Archives administered by the National Archives and Records Administration. Here is a statement of the holdings of the U.S. National Archives from its own website, Archives.gov. See https://www.archives.gov/publications/general-info-leaflets/1-about-archives.html

NARA keeps only those Federal records that are judged to have continuing value—about 2 to 5 percent of those generated in any given year. By now, they add up to a formidable number, diverse in form as well as in content. There are approximately 13.28 billion pages of textual records; 10 million maps, charts, and architectural and engineering drawings; 44.4 million still photographs, digital images, filmstrips, and graphics; 40 million aerial photographs; 563,000 reels of motion picture film; 992,000 video and sound recordings; and 1,323 terabytes of electronic data. All of these materials are preserved because they are important to the workings of Government, have long-term research worth, or provide information of value to citizens.

What is left unsaid is that only a small percentage (a very small percentage) of all those records have been digitized. The vast majority of the records are available to researchers only on paper, microfilm, or microfiche while physically present in one of the national archives repository locations around the country. One egregious example of what can happen because of this lack of diligence in digitizing the National Archive’s records was the 1973 fire at the National Personnel Records Center in St. Louis, Missouri. Of course, this occurred before digitization was possible but the records could have been microfilmed and copies stored in a separate location from where the fire occurred. 80% of the Army records of personnel discharged from November 1, 1912 to January 1, 1960 were destroyed and 75% of the records of Air Force personnel discharges from September 25, 1947 to January 1, 1964. This likely means that my own father’s military records were destroyed although I do have his own copy of the records.

Now, with advent of digitization and the experience of losing so many military records, you would think that the U.S. National Archives would be diligently pursuing a plan to digitize all of their holdings. No such luck. As I have already mentioned, only an extremely small percentage of all that paper has been digitized.

Now you may find a way to excuse the United States Government from digitizing all those records. After all we don’t want all of us private citizens digging around in the inner workings found in the records of our own government, do we? What has happened is that the National Archives allows private organizations, both commercial and non-profit to digitize a small number of the historical records. If you want to see what is being digitized and what has been digitized and by whom the work is being done, you can see the National Archives page entitled, "Microfilm Publications and Original Records Digitized by Our Digitization Partners." On this page and its linked pages, you will see exactly how limited the project really is. You may also note that many of the projects are not started.

The U.S. National Archives is not the only example of archives that are not making a serious effort to digitize their own records, it is merely the worst example. If you want a reality check about the online availability of documents, see if you can determine what percentage of your own state or national archive’s records are online and searchable.

Why then do genealogists think they have searched everywhere?