Blinded by a Pedigree Chart 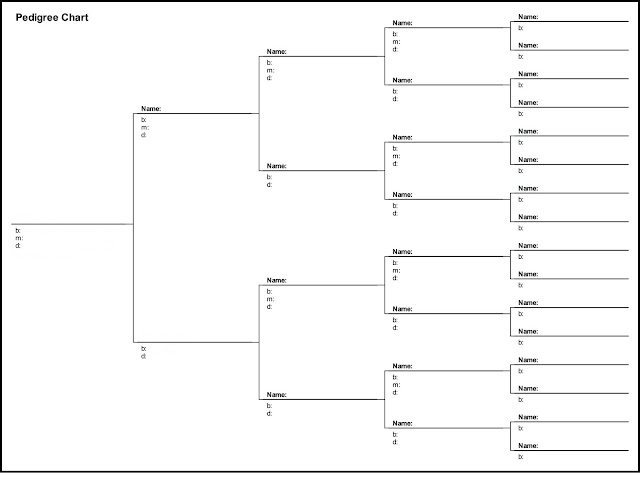 This is an example of the "standard" or traditional pedigree chart used by genealogists in this format and many other similar formats for hundreds of years, primarily, in Western European countries. Here is an example of one from the late 1700s.