As genealogists, what should we do about place names? 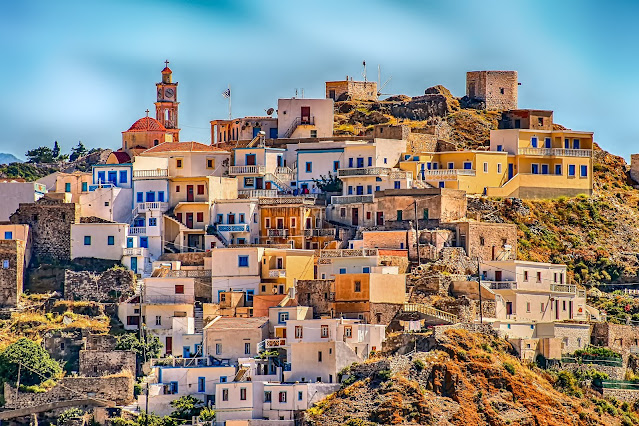 For some time now, FamilySearch.org has been encouraging users to "standardize" place names. This effort has been moderately successful and is continuing to evolve. The suggested standard place names rely on a large database of worldwide names. More recently, FamilySearch has been adding a time-frame to the suggested standard entries. Here is an example of a person with entries that are marked as "Missing Standardized Birthplace" and "Missing Standardized Christening Place." 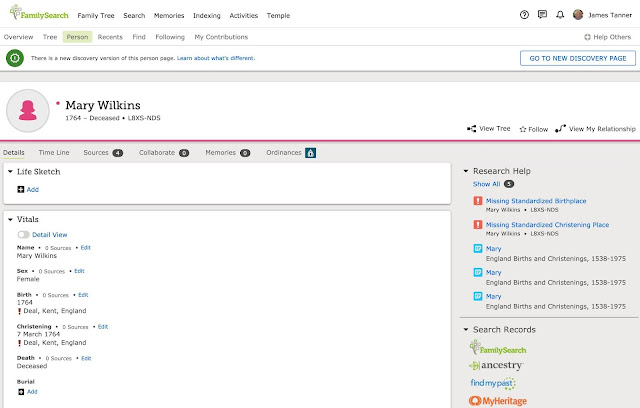 So when was the UK established? Although some people argue that the UK was formed in 1707 by the Act of Union between England, Wales and Scotland, the name United Kingdom wasn’t adopted until 1801 when Ireland was brought into the union.

In this case, it would seem that England is sufficient although it would not necessarily be "wrong" to add United Kingdom to the entry. So why is this particular entry marked as not standard?

By clicking on the edit link on the entry, FamilySearch provides a way to see a list of standardized places associated with this entry. 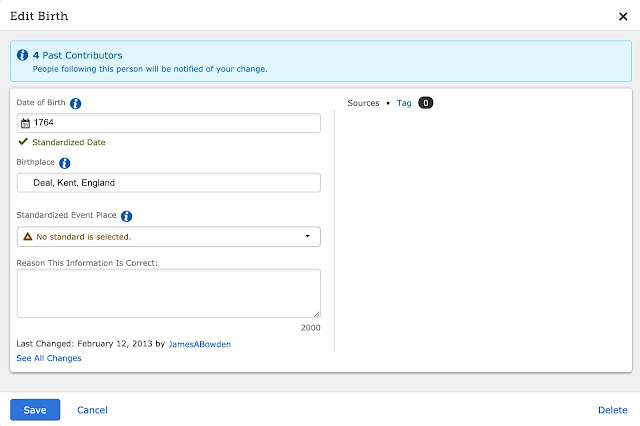 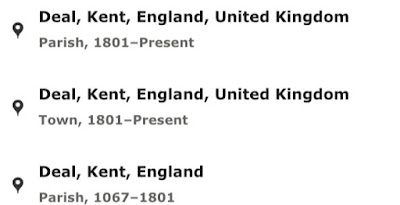 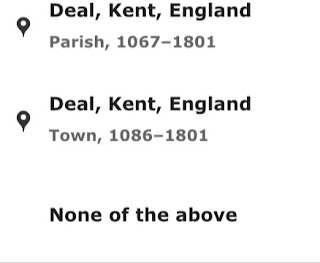 I realize that I copied Deal, Kent, England Parish, 1067 to 1801 twice.
It would seem to be clear that some distinction had to be made between the parish and the town. Actually, when you go to the sources that are already listed for this entry, the place name is different.

It turns out that looking for the parish church creates a new level of problems for determining the location of the event. Here is a screenshot from Google Maps showing the churches in Deal. 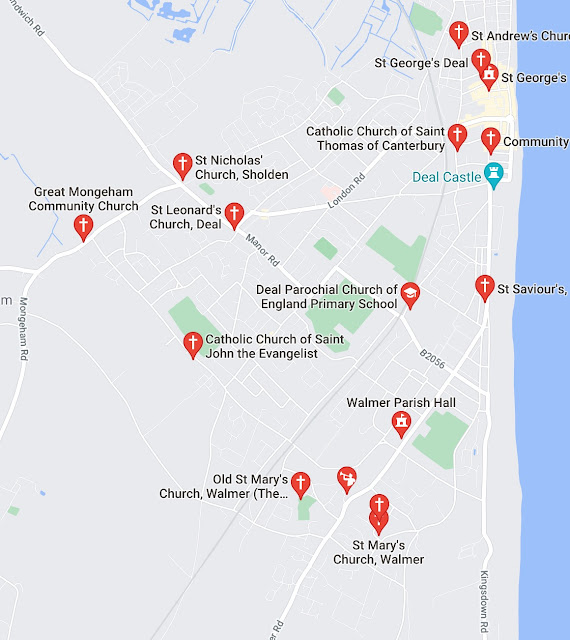 Further research indicates that there are three parish churches in Deal: "Upper Deal St Leonard is the Ancient Parish church of Deal. From this parish were formed Deal St George, Kent and Deal St Andrew, Kent." See Deal, Kent Genealogy So we have more research to do. But at this point, we can probably say that the person was baptized in the town of Deal but cannot say for certain where the baptism took place. This is important because if we are to do more research into the family, we would need to know more than just the town. In fact, without more research, we would be forced to search the records of all the churches that show up on the map above. You might also note that the three churches, St. Andrew’s, St. George’s, and St. Leonard’s are all quite close to each other.
Of course, you say. Look at the original record. Hmm. The problem is that the baptismal record is a transcription or extraction of the original record and the original record of over 1000 pages is taken from the Bishop’s Transcripts. If this doesn’t mean anything to you, you probably got lost a while ago. Let’s just say that I went through the thousand page document and found the record but the website crashed when I tried to download the page containing the information. I did the search again. Here is the record. 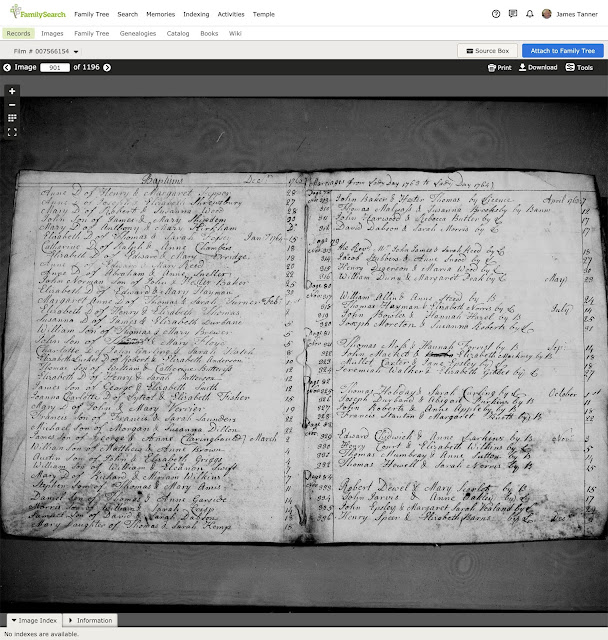