This week’s document for transcription is the 1684 will of George Wheeler (1606-1687) of Concord, Middlesex County, Massachusetts, which is in Estate File 1580 in the Suffolk County Probate Court records. 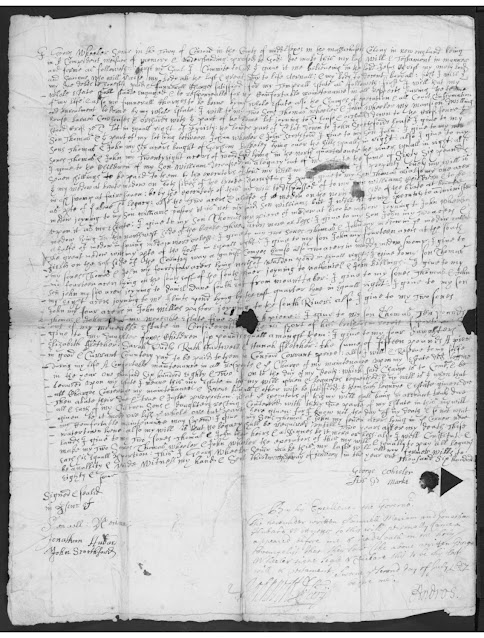