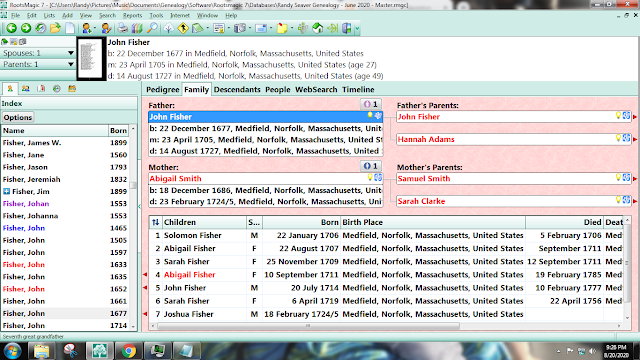 "John Fisher was a blacksmith like most of the family, and settled in the north part of the town near Castle Hill.  An old cellar on the farm of Geo. W. Bruce probably marks the spot.  A grant of twenty rods for building was made to the family in 1701 – evidently in this locality.  He was admitted to full communion in 1710.  He married in 1705 Abigail Smith, who died in 1725.  John died in 1727, a few months before his father.  The estate was settled in 1735."